Low Stake Hands Are The Trickiest!

More often than not, the low stake Texas Holdem games are viewed as practice hands and hence, are not taken seriously by players. However, very few of the players who are learning the basics of the game are aware of the fact that they will ultimately dictate the profitability of the contestant in this game.
Essentially, winning at poker is not really about landing a lucky hand that brings you thousands of dollars instantly, but rather in playing smart and tight with small stakes, and especially when you are in a big tournament like the World Series of Poker with its $10,000 buy-in, you don’t want to get burst after just a few hands, right? Consequentially, if you discovered your passion for poker and want to make a living from it, the best approach is to develop a taut and aggressive plan as well as stick to it.

The first rounds of betting/Preflop

It is necessary to underline the fact that during the preflops, your playing style should be according to the position at the table. If you have an early position – are within the first three players at a nine-handed table – then the best tactic is to focus on raising the big pocket pairs. In the eventuality that you have a pair of tens or a lower hand, playing safe and folding is usually a good idea. There is a simple explanation for this scheme: considering you have at least six players betting after you, there is a high chance your kicker card is lower than theirs.

In case you occupy a middle or late position at the table, you will have fewer limitations regarding the pocket pairs. This does not mean being reckless and betting with very low pairs, but rather that at this point, you can begin raising hands with pairs of tens and nines occasionally. The best technique for middle position is to be careful when playing with unsuited cards and do not bet with a kicker of less than a nine.

As a rule of thumb, it is more important to consider the hands of your opponents than to evaluate the strength of yours. Moreover, the card that you think improves your hand will also upgrade the hands of the other players, especially at a table with more contestants. Therefore, the key to winning the low stake games is to pay attention to all details (yes, I do mean all details) of the game.

Take note that paying attention does not only apply when you are in a brick and wall casino with other players at the table. Simply put, even if you are playing on online poker sites, avoid distractions (chatting, watching a movie, checking your emails, etc.) to avoid making poor and uninformed choices.

A Chip Off the Old Block

Making the Switch from Online Poker to the Casino 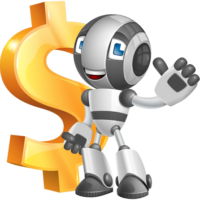 We blog about everything is gambling while doing what we do best, making advanced betting tools for the successful Betfair trader. Please enquire for details.

Latest from the Blog